"Quit, don't quit... Noodles, don't noodles...
You are too concerned about what was and what will be.
There is a saying: yesterday is history, tomorrow is a mystery, but today is a gift.
That is why it is called the present."
---
Master Oogway to Po talking underneath the peach tree of Heavenly Wisdom; Kung Fu Panda (2008 Movie)

"Your mind is like this water, my friend.
When it is agitated, it becomes difficult to see.
But if you allow it to settle... the answer becomes clear."
---
Master Oogway to Shifu talking by the The Moon Pool chamber in the Jade Palace, Kung Fu Panda (2008 Movie)

"There is no secret Ingredient,
Its just you.
For something to be special,
You just have to believe it is special."
---
Quoted by Mr.Ping, Kung Fu Panda (2008 Movie) 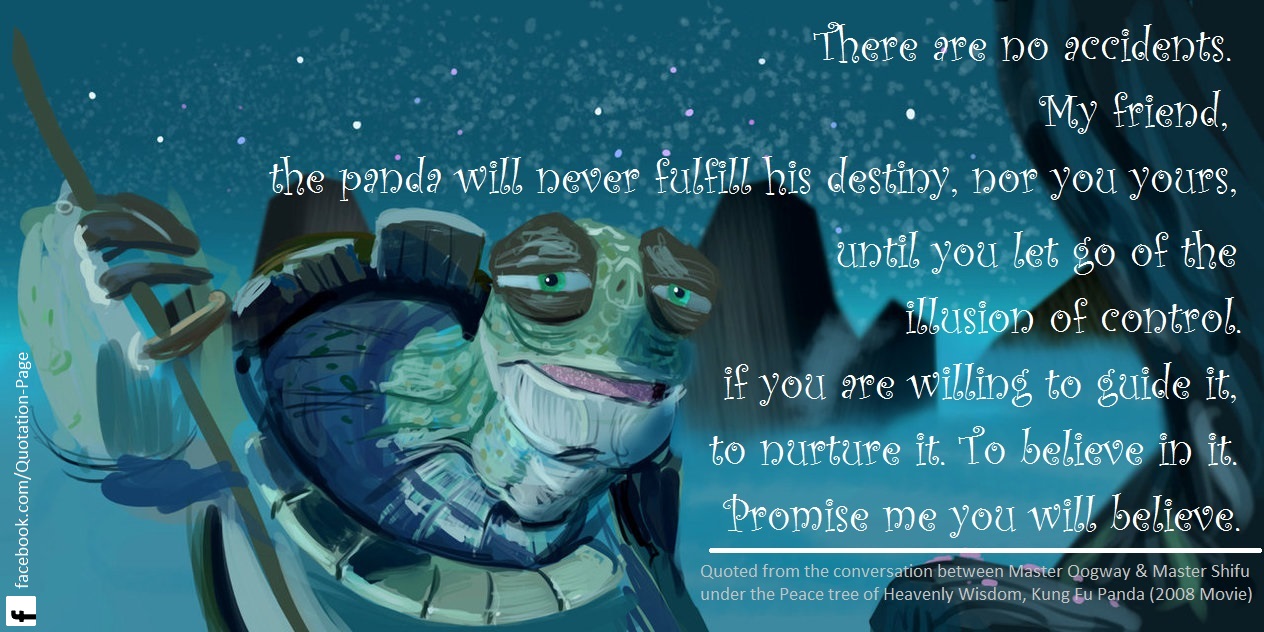 "There are no accidents.
My friend,
the panda will never fulfill his destiny, nor you yours,
until you let go of the illusion of control.
if you are willing to guide it,
to nurture it.
To believe in it.
Promise me you will believe."
---
Quoted from the conversation between Master Oogway & Master Shifu under the Peace tree of Heavenly Wisdom, Kung Fu Panda (2008 Movie) 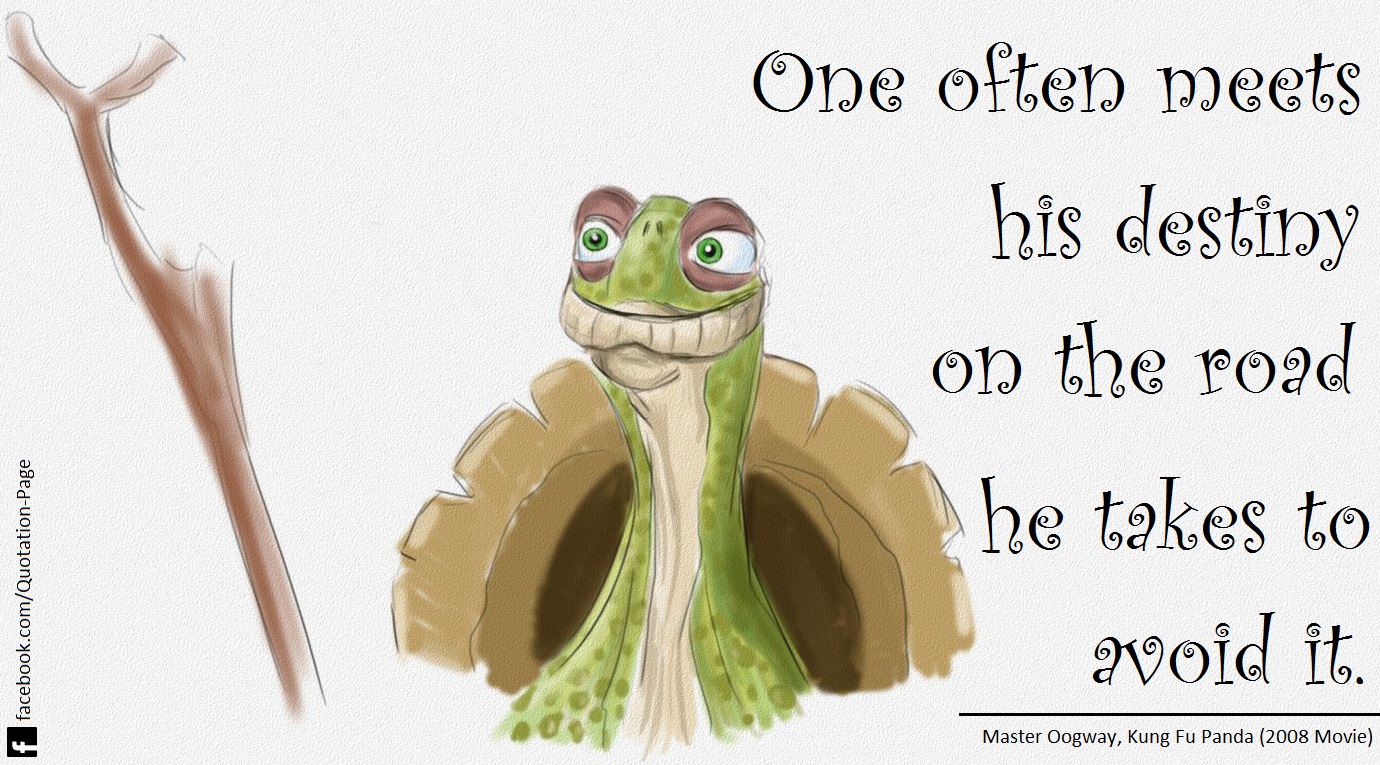 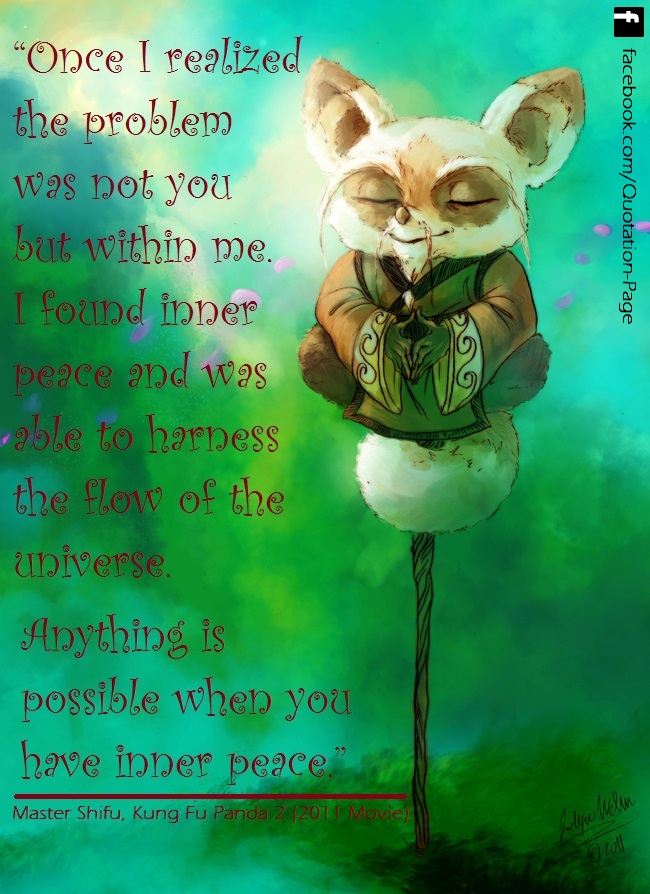 “Once I realized the problem was not you but within me.
I found inner peace and was able to harness the flow of the universe.
Anything is possible when you have inner peace.”
---Master Shifu, Kung Fu Panda 2(2011 Movie) 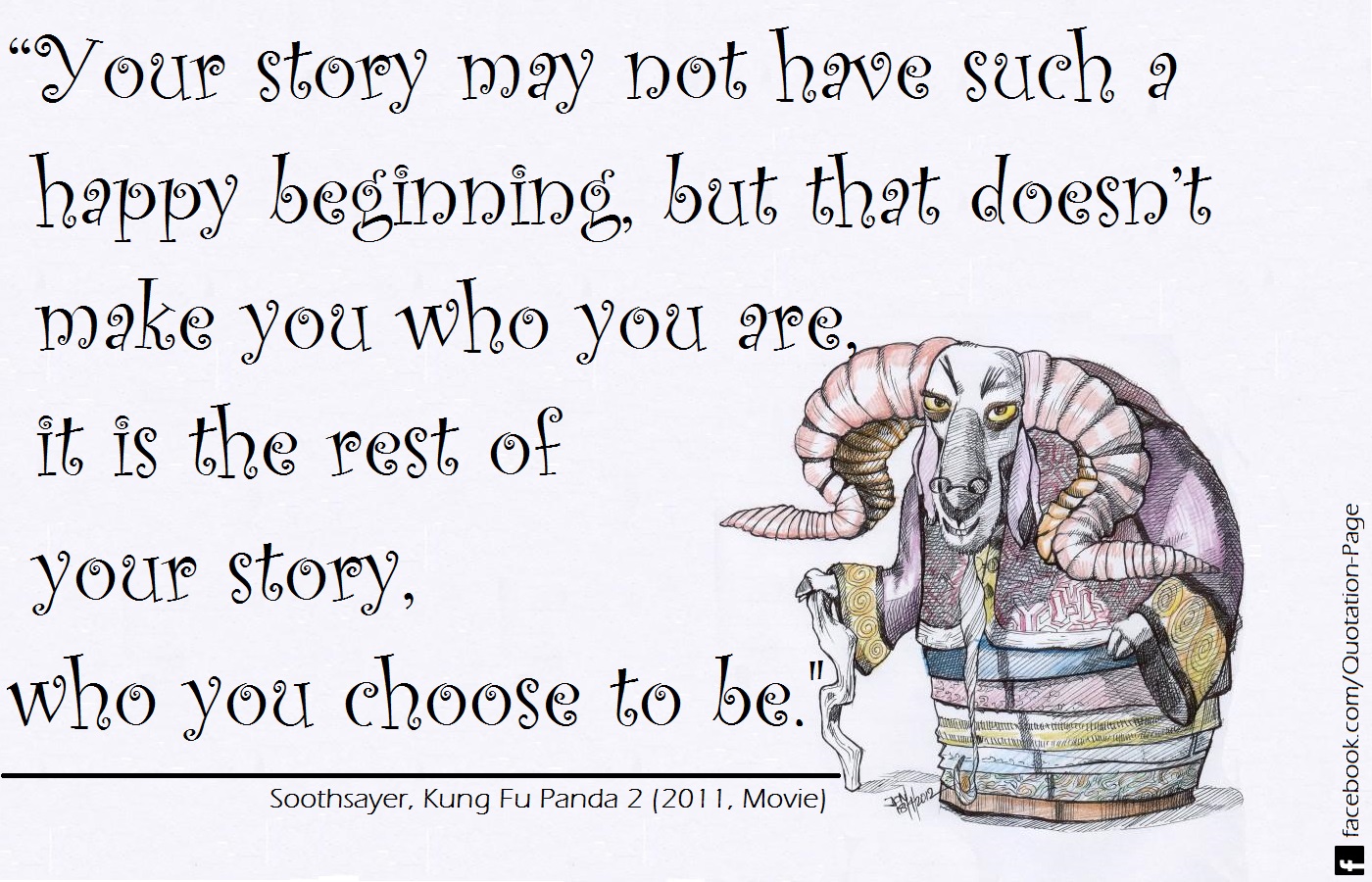 Your story may not have such a happy beginning,
but that doesn’t make you who you are,
it is the rest of your story,
who you choose to be.
---
Soothsayer, Kung Fu Panda 2(2011 Movie) 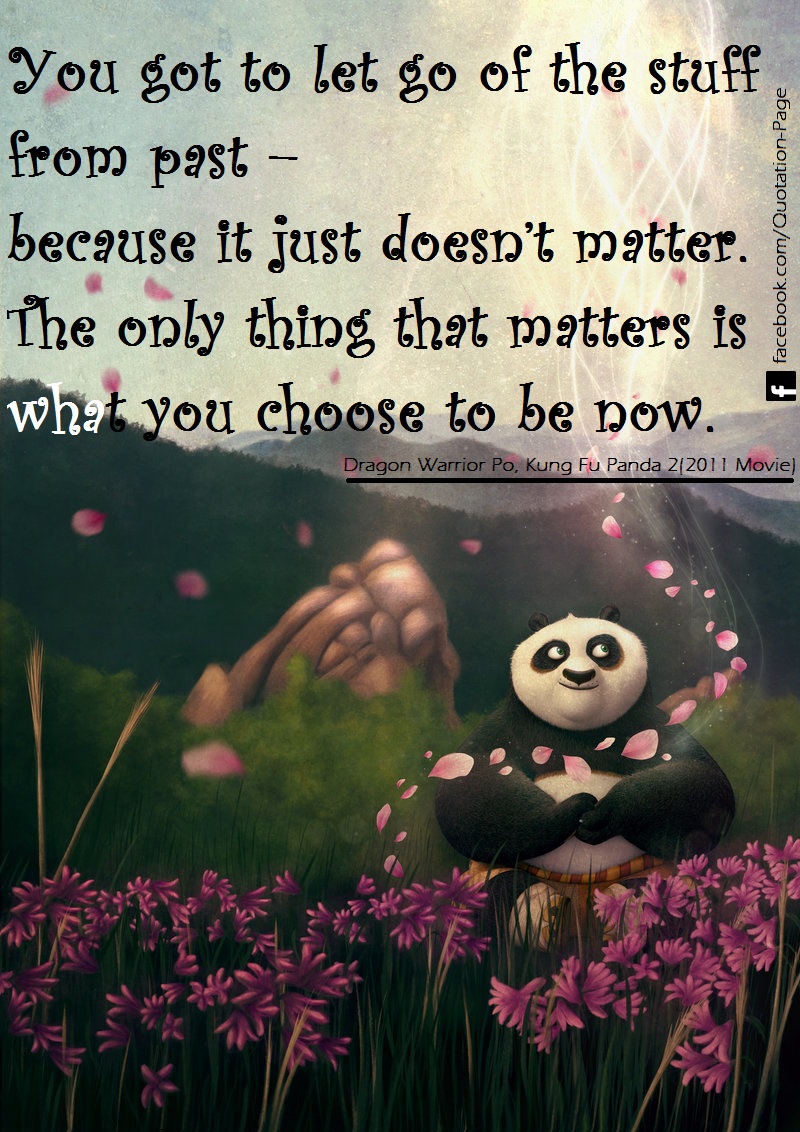 You got to let go of the stuff from past –
because it just doesn’t matter.
The only thing that matters is what you choose to be now.
---
Dragon Warrior Po, Kung Fu Panda 2(2011 Movie)